Nicole chatted to Jodie and Ben Cook who have a series of storybooks including one that inspires children to learn to code.

Hello! Could you give us a quick overview of your Clever Tykes books?

Yes! The Clever Tykes storybooks and resources aim to inspire children to develop positive, resourceful and creative behaviour. The series of four storybooks - Walk-it Willow, Code-it Cody, Change-it Cho and Write-it Ryan - follow characters who turn something they enjoy doing into a venture of their own. That's how we enable children ages 6-9 to experience the entrepreneurial process and encourage them to think and behave in a more enterprising way.

Of specific interest to Exercism's members is the second in the series and by far our most popular, Code-it Cody, based on a computer whizz who starts coding at school.

We'll come back to Code-it Cody, but first—what gave you the idea for the series?

Sure. After noticing that many entrepreneurs came from families of other entrepreneurs, we began to research the impact of role models. Turns out, role models are integral in shaping someone's aspirations, and especially influential in their future choice of career. We looked at the role models that exist in current media and weren't satisfied with the selection, so we decided to write our own!

I love the idea of encouraging children to think in enterprising ways. Could you tell us a little about the idea behind Code-it Cody?

We see Code-it Cody as being how we inspire children to want to learn more about coding, regardless of their parents' knowledge or what their school happens to teach. There are several tools available that teach children how to code. Many of the parents of budding coders will know of a few. However, we don't want it to only be the children with parents already tuned in to the world of programming to be the ones that go on to be great programmers. Code-it Cody gives readers the inspiration to begin.

Why did you decide that coding was such an important skill to base one of the stories around?

We felt it important to give the stories modern context, so technology plays a role across the series. When thinking about essential skills for the future of work, coding was naturally one of the first we thought of. It's well-documented that there is a growing skills gap in this area and coding is not yet embraced by all schools.

There are very few barriers to entry for kids to take their interest in coding further. They can pretty much start learning at any time and this kind of accessibility was really important to us.

This is right up our street! What about the other characters? How did you choose which topics to focus on?

Change-it Cho is a social entrepreneur who champions healthy eating and exercise, something we're both big fans of. Write-it Ryan is about thinking creatively and how to channel a strong imagination into producing content for an audience. We centred Walk-it Willow on a service-based business because our experience of enterprise programmes in schools is that they focus on products. Kids are taught that a viable business is buying and selling; inventing products and holding cake sales, or even lemonade stands, but less about a service they can provide for their community. The story of Walk-it Willow's venture has the lowest barriers to entry for someone to replicate and the story involves cute dogs which readers seem to enjoy!

So in the stories the messages about enterprise are subtle, but there is an element of competition and commercial awareness there. How did you strike the right balance between fiction and non-fiction?

We're not trying to create child businesspeople, we're trying to introduce the mindset and behaviours associated with entrepreneurship to open up future opportunities. The goal is to create a mindset shift and to encourage resilient and resourceful behaviour, not just teach certain skills.

The presence of competition plays a role in large parts of many peoples lives, especially in their work. We feel that equipping children with a comfortableness around competition is an important way to prepare them for their future.

Commercial awareness is something else we address because it's important to understand that in order for an enterprise to be sustainable, there must be market demand and a viable business model. Of course, we don't use that kind of language in the story, itself, but the concepts are there for kids to grasp on a basic level and parents to continue the discussions.

What has been the impact on children so far?

Storytelling is an incredibly powerful tool to help influence beliefs, affinities and actions. Cody is a likable and believable main character which means readers really buy into him and his love of problem solving and computer games.

From the feedback we've received from parents, teachers and kids, Cody and his story resonates with children who begin to share his passion and desire to learn how to code. We've been thrilled when parents have told us that their kids have asked to start coding lessons after reading the book! It's also given parents a way of opening up discussions about what their child wants to be when they grow up.

Cody is an interesting character, he has some traits that are considered typically introverted and is hearing impaired - can you tell us more about your thinking behind these decisions?

Yes, Cody is fairly reserved and he likes to assess a situation quietly before he contributes. Cody is hearing impaired to demonstrate to readers to not let things hold them back! He certainly doesn't allow it to stand in his way. We found there are very few characters in kids books with disabilities of any sort. Cody's hearing impairment can be a metaphor for any obstacle in life; the learning is to accept that it's there and move beyond it.

Within the storybook there are characters from a range of backgrounds with very different personalities. We hope that we can help reaffirm the belief that difference is something to celebrate. The attendees of Code Club are all very supportive of each other's efforts!

It's so refreshing to read about some multidimensional characters in children's storybooks! Let's get into the business side now, how are you spreading the word about your books?

After we had finalised the storybooks, website and distribution, and ecommerce sales were at a good level, we set about finding sponsors for the books. We are well aware that the kids who the stories benefit the most aren't the ones whose parents are able to buy them books. The first sponsorship we secured was from a technology publishing company based in Birmingham, called Packt Publishing. Packt sponsored 300 copies of Code-it Cody and gave them out to parents across the city.

After that, we set our sights on gifting the books to every primary school in the UK, all 24,000 of them! We managed to secure sponsorship with Lloyds Banking Group to do exactly this in January 2017. Every primary school received a set of the Clever Tykes storybooks along with access to an online portal with resources and teaching materials for enterprise education.

At the moment we're working on replicating this in the USA.

We'll certainly be keeping our eye on this! It's seems to be the dream of a lot of people to write books, especially children's storybooks, do you have any advice for readers who are considering putting pen to paper?

The main thing is just to get started! Do some research to see what else is out there on a similar topic to get an idea of where your story might fit in, then get planning and writing. Don't underestimate the value of having a great editor and illustrator and don't underestimate the challenge of marketing your book once it's produced.

There are so many things to consider when planning, writing, producing and selling children's books. We are asked about this a lot, so we put everything we know in an article called How to Sell Thousands of Children's Storybooks Without a Publisher.

Where can we find the Clever Tykes books?

They are available for the USA here, the UK and Europe here, Japan here, and the rest of the world here. 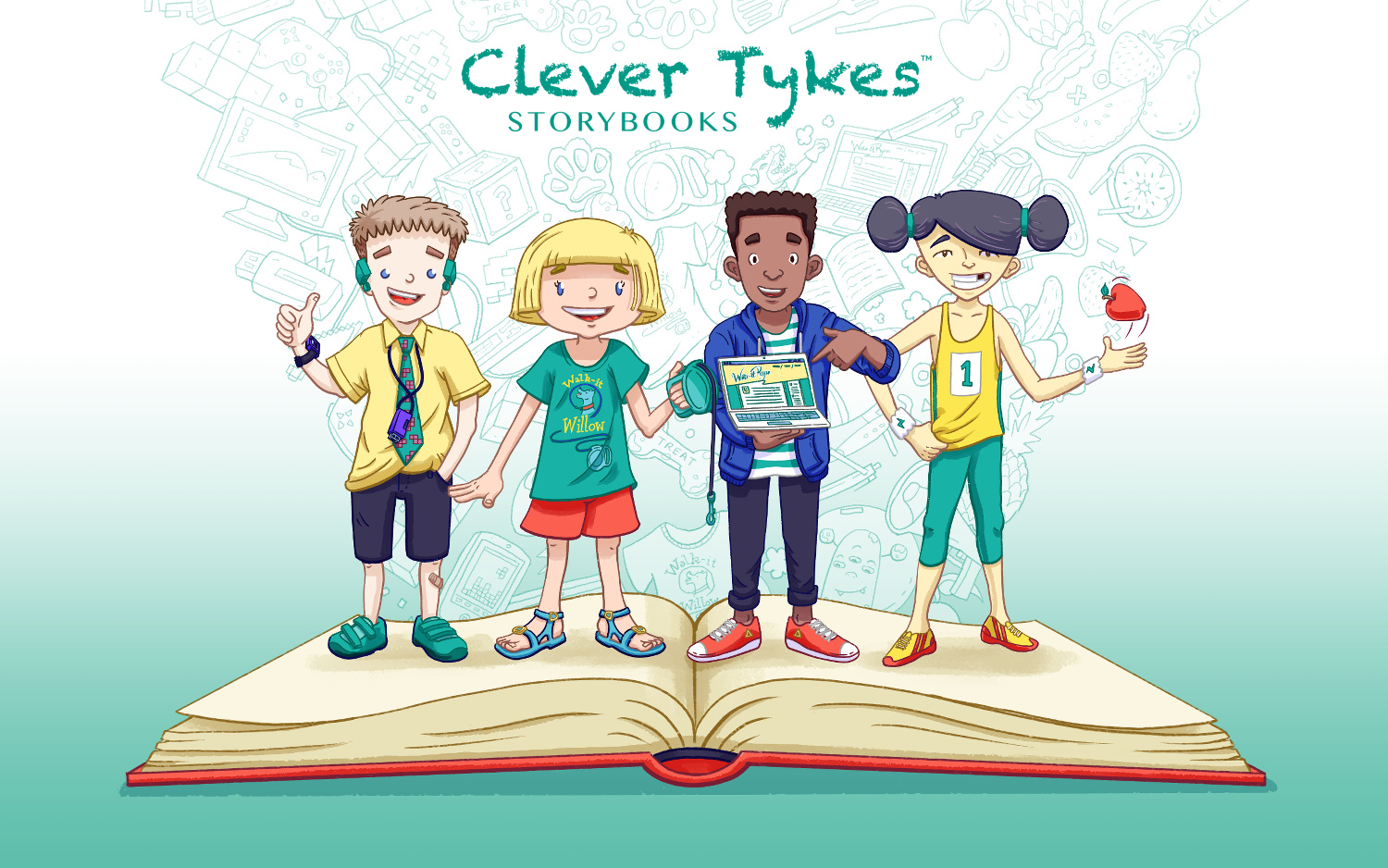 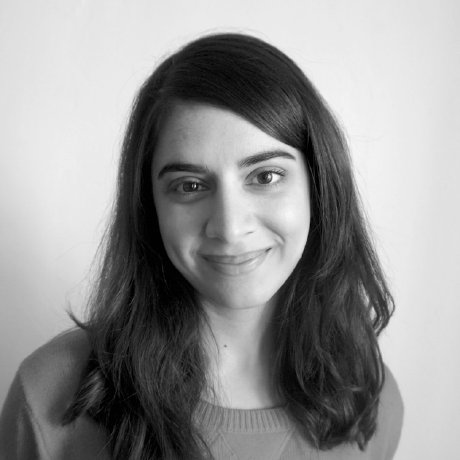 Level up your programming skills with 3,450 exercises across 52 languages, and insightful discussion with our volunteer team of welcoming mentors. Exercism is 100% free forever.